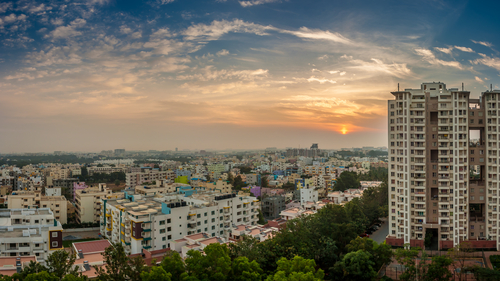 BENGALURU: Four years after the Karnataka Real Estate Regulatory Authority (K-RERA) was established, it has brought about a paradigm shift in the way the realty sector functions and offered some relief to homebuyers. But, it’s still not 100 per cent effective as concerns regarding enforcement of its own orders remain.

“RERA has played a crucial part in changing the fabric of the real estate sector over the past four years. While it has helped enhance governance and discipline, it still has a long way to go,’’ said MS Shankar, who represents homebuyers and heads Fight for RERA’s Karnataka Chapter.

Farook Mahmood, managing director, Silverline Realty, said slow-paced registration of projects and execution of orders released by the Appellate Tribunal continue to be two major challenges for K-RERA even after four years. “Despite several provisions for imposition of penalty, revocation of registration or confiscation of properties available under the Act, none of these has been strictly enforced by the authority. Homebuyers do not have access to some crucial information on K-RERA’s website. While information related to complaints is available, one cannot view online copies of the same. Even judgment copies are not uploaded in real time,” he claimed.

The authority also faces a shortage of technical staff to deal with cases and inspect projects, wherever required. “As the present set-up is making the authority toothless, the government should appoint a retired district judge as an executing officer,” Mahmood added. The positive impact of RERA can be observed in the form of gradual improvement in transparency. It has also boosted the homebuyer’s sentiment.

A lot has changed with regard to project registrations and infor mation is being provided on a timely basis to homebuyers. The introduction of a conciliation forum for facilitating amicable settlement of disputes between developers and buyers has reduced prolonged litigation.
Suresh Hari, chairman, Credai Bangalore, said RERA has not only helped homebuyers but also builders. “It has enabled focused action by developers regarding delivery schedule and also blocked fly-by-night operators from entering the field,’’ he added.

CN Govindaraju, chairman and managing director, Vaishnavi Group, said: “RERA has made developers accountable to customers when it comes to delivering a quality product in the stipulated time period. This has helped reduce deliberations and disputes between customers and developers as the expectations are clear. RERA has also brought in a lot of financial discipline.”

Builders and homebuyers are hoping things will change since the state government has appointed HC Kishore Chandra, a retired DGP-rank officer, as the chairman and another retired DGP, Neelmani Raju, as one of its members. They will take charge from June 1.

“One of the reasons why RERA has failed in its task is because many retired bureaucrats see it as a post-retirement opening, and the government has been playing musical chairs by frequently transferring key officials. The previous secretary of RERA, KS Latha Kumari, had brought about a lot of reforms but she was transferred midway for no reason,’’ alleged Shankar.