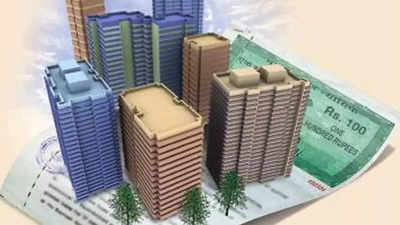 By VaishnaviGroup,January 6, 2022 Times of India

BENGALURU: While the cash-strapped Karnataka government struggles to control its fiscal deficit, there may be some relief in terms of better revenue mobilization. The department of stamps and registration, the third-highest revenue grosser for the state, has already met over 76 percent of its revenue target for the financial year 2021-2022, which is also indicative of a booming realty sector.

The pandemic seems to have made no dent in the revenue as the department’s coffers continue to swell. Ravindra-PN, inspector general of registration and commissioner of stamps, said they had racked up Rs 9,784 crore as of December 31, 2021, which is higher than the nine-month (April to December) target of Rs 9,500 crore.

In the past six months alone, the government has netted Rs 7,000 crore, which is twice the revenue earned during pre-Covid times. The number of property registrations has been on the rise after the government eased Covid curbs in June last year even as sub-registrar offices functioned with limited staff strength.

Among the districts, Bengaluru and Mysuru accounted for the lion’s share (60%) of the revenue. The government had not revised the 2020-21 target of Rs 12,665 crore since the real estate market was reeling under the impact of the pandemic’s first wave.

Senior officials are overwhelmed by the response as revenue remained unaffected despite the government not considering their proposal to reduce the guidance value last year. The government had only reduced stamp duty for the first registration of apartments costing between Rs 20 lakh and Rs 45 lakh to 3% from 5%.

Official sources said earning much higher revenue was a possibility since the government has now reduced guidance value by 10% across the state effective from January 1. Prashanth Reddy, chairman, real estate expert committee, Bangalore Chamber of Industry and Commerce (BCIC), said: “It’s certainly a good move, but it would have been better if they had offered the sops for a year instead of three months.”

Suresh Hari, chairman, Credai Bengaluru, said the cut in guidance value should be extended till December since real estate may be affected again due to spread of new variants of Covid.

CN Govindaraju , chairman and MD, Vaishnavi group, said the change in guidance value is primarily applicable to the available stock of residential and commercial buildings which have already obtained the occupancy certificate. “If the government extends the sops for another nine months, it will motivate other developers to complete projects sooner and obtain OC. This way, it will help the government earn higher revenue in terms of registration fee and stamp duty,” he added.